Back to Blog Posts
Prev Next

A water heater may not exhibit many symptoms before it fails or leaks, so knowing how old it is is crucial. There may be an embedded manufacture date in the serial number of the tank if the date is not visible on the tank. If you have access to natural gas or propane and have an electric water heater- upgrading to a more efficient gas heater may be the way to go. If you have it in the budget- a tankless, on demand water heater is definitely something to look into.

Ceiling Fans, like anything electric, have a shelf life. Over time, the bearings wear out, the fan collects dust and may even become loud or simply not fit in with the interior design you’re going for. Before the fan fails or becomes an eyesore, its a good idea to replace it for a more modern design.

The life expectancy of the average medium-grade carpet is about ten years. Of course, this is dependent on a variety of circumstances, including the number of people and pets in the household. Rips, tears, or stains, as well as odors that persist even after a thorough cleaning, are all signs that your carpet needs to be replaced. Even if none of these are present, your carpet may appear old and worn out. It wouldn't hurt to update. If you are replacing carpet- its worth looking at upgrading to the wide variety of hardwood, laminate, and tile flooring available

If your dishwasher is ten years old, you may want to consider replacing it. With a more energy-efficient model, you'll likely save money in the long run. A non-responsive control board, poorly cleaned dishes, and cracks in the tub indicate you should replace your dishwasher sooner rather than later.

You’ll know you need a new garbage disposal when it doesn’t work as well as it used to. Blades become dull, the electric motor components rust and bearings seize. In many cases, you are lucky have a full decade of use before it fails- so when you hit that 10 year mark- it is definitely the first on my list to replace.

Each appliance has an average lifespan of approximately eight years. In other words, if your set has been running without issues for more than 10 years, consider yourself lucky! Both appliances have an electric driving motor that wears over time depending on the use as well as control boards and timers that become worn out. Avoid a possible washer seal failing and causing water damage and replace those old appliances when they get to that 10 year mark.

Certain areas, such as heavily used living rooms, are often repainted every 3 or 5 years. If some areas of your home haven't been repainted in a decade or more, now is definitely the time to do it. The great thing about modern paints is that many are a paint and primer combo; allowing for a fresh seal on drywall will help keep down and prevent old odors from escaping making the house usually smell new and fresh.

After painting an area its a good idea to get the caulk gun out and fill those gaps between trim and the wall that happen over time. Also- in areas that need a water tight seal in the bathroom and kitchen, caulking with the proper waterproof silicone around sinks and showers is a good idea.

Although it may appear to be a blank canvas, your new yard necessitates some careful consideration before you begin digging. You're looking forward ...Read More

Fixing Water Stains in the Ceiling

Face it- water stains are a drag and look awful. Worse than the stain is what it means- something is leaking, and behind that unsightly drywall there ...Read More 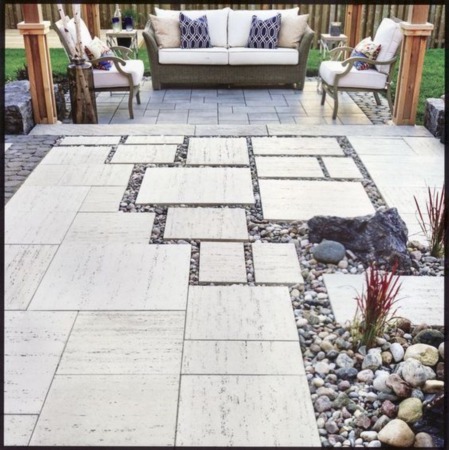 Want that outdoor dining experience you get from your favorite restaurant at home? You can have it- and it may be easier than you think. For many ...Read More 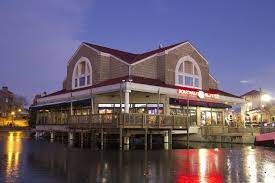